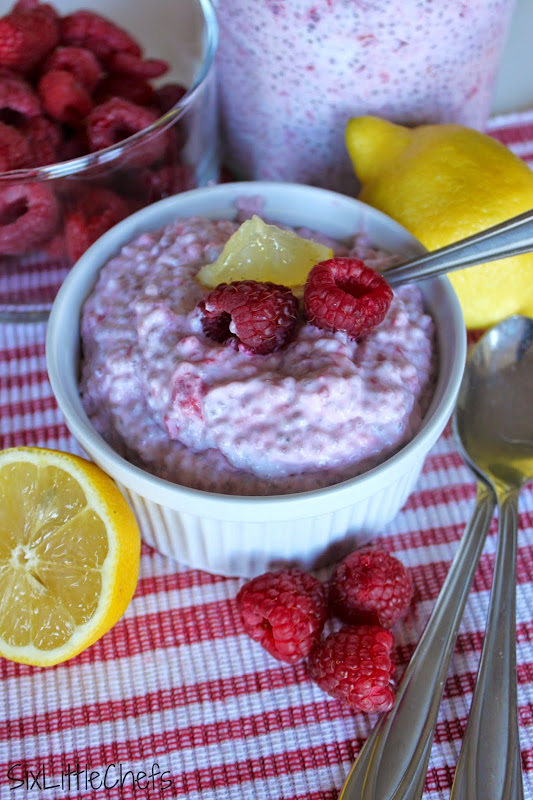 If you're a little skeptical about this one (like I was), hear me out before you pass up on it.  I gave it a 50/50 chance of turning out and way less than that that it would get a thumbs up from the kiddos.  Our 15 year old son decided several months ago that he wasn't going to eat sugar for a month (I think that was his original goal).  After doing it for a while he decided he felt so great and was done with sugar for good.  I wasn't sure how long it would last but I've been beyond impressed with his commitment.  It's been almost six months now and he's going strong.  I eat very little sugar, but he is hard core, 100%.  His will power amazes me!  I'm always on the look out for yummy "dessert" like treats that I can make for him, and that's why I decided to give this recipe a try.  With only natural sweeteners, it gets his stamp of approval plus the chia seeds and Greek yogurt make it so healthy.  The first time I made it, I gave it to my kids for an after school snack.  To say they liked it is an understatement.  They were literally licking their bowls clean and asking me to make more.  I was right there with them licking my bowl, wishing I had made more!  It's the perfect snack, side dish for a picnic, quick breakfast or a refreshing dessert.  I have a feeling this will become a summer staple at our house this summer.  I'm not complaining about that!  I've made several batches of this now and have done some experimenting with it.  Here are a few tips and insights that I have gained:

-  This recipe calls for raspberries.  I've tried using different berries but raspberries and blackberries work the best.  If you don't have any on hand you can use a different kind of berry.  The raspberries and blackberries mash up the best though.
-  If you don't have much experience with Chia seeds, you've got to add some to your pantry.  They have so many health benefits and can be thrown into so many different things.  I always add a few teaspoons to my morning smoothie but had never used them in a recipe in which they soak in moisture like this one does.  They kind of act like tapioca, turning into little gel like balls.   My kids thought they was pretty cool.
-  This recipe really needs to sit for a long time so that they chia seeds can work their magic.  If I want it ready for breakfast, I just put it together the night before and let it set through the night.  For an after school snack, I make it up first thing in the morning and let it set all day while the kids are at school.  It only takes a few minutes to put this together but you have to plan ahead to make sure it has enough time to gel.
-  It's kind of tart which is light and refreshing.  If you prefer it a little sweeter though, you can add a little more honey or 2-3 tablespoons of sugar.  If you're serving it to people that are divided on their tart and sweet preferences, just sweeten individual servings.
-  You want the berries to be good and mashed up.  You can use a spoon but I finally gave up on that and just used my hands.  Much quicker and more efficient.
-  The original recipe calls for coconut milk but notes that you can use any kind of milk.  I've used coconut milk (both the kind in a can and the kind in a carton) and almond milk.  They both worked just fine and I assume any other kind of milk would work as well but I haven't tried any other kind yet.
-  The original recipe also calls for plain Greek yogurt.  I've used vanilla flavored Greek yogurt also.  It worked great and sweetened it up just a little.

Directions
Combine all ingredients in a large storage container that has a lid. Make sure all the chia seeds are mixed in, and mash the berries lightly, especially if using frozen raspberries.  Place the lid on the container and refrigerate overnight or for at least 8 hours.  Serve with extra raspberries (or other berries of choice), and a drizzle of honey if desired.

Source:  Super Healthy Kids
Posted by Janessa at 12:00 AM

I'm so glad you posted this! I've pinned about a dozen chia pudding recipes, but have never tried it because I wasn't sure if my kids would approve. Now I can't wait to give it a try! I'm adding it to my shopping list right now :) And I can't believe Taylor is still going strong, I wish I had that kind of will power!

I nominated you again for another award, you don't have do anything, just know I think your blog is awesome :)
http://justwhiskedaway.com/2015/05/13/thank-you/

I'm excited to hear how it turns out and what you kids think. It'll be a perfect summer treat in AZ too!

Love you! Thanks for thinking of me and for all of your support! Thanks for being my best cheerleader :) You are awesome!!! 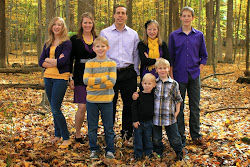 Hi, my name is Janessa and I'm the lucky mom of six amazing children. As you can imagine, I do a lot of cooking for this crew! I love spending time in the kitchen, especially when I have one of my little chefs by my side! I'm by no means a professional chef but I hope I can teach my kids some important cooking skills that will help them survive on their own someday. I will eventually turn this collection of family recipes into a cookbook that our kids can take with them when they start a family of their own someday. I hope your family will enjoy some of our family favorites too!